What is special about Nitinol?

What is so special about titanium? 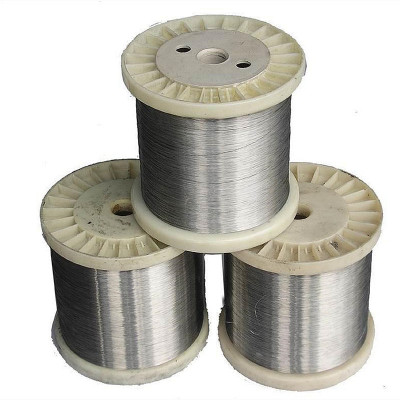 As a child wearing glasses, like to buy memory alloy nitinol glasses frame, because you can bend back to the original shape, and not afraid of deformation.

When I grew up, I knew that no matter how deformed, this memory alloy can be restored to its original appearance after heating to a certain temperature. In addition to the framework, we also have the application of this”memory alloy”in many places.

The most famous example is the antenna that”Apollo 11″ brought to the Moon. Many people are curious,how did this hemispherical antenna, a few meters in diameter, reach the moon?

In fact, it is made under normal conditions according to the predetermined requirements of the shape memory alloy, and then reduce the temperature to press it into a ball, so that its volume is reduced to one thousandth of its original size, so that it can be easily made into a shape memory alloy.

After being brought to the moon, through the radiation of the sun, the antenna will be restored to its original shape and send precious cosmic information back to Earth.

This magical “memory alloy” has the ability to recover from deformation, which is due to the thermoelastic martensitic transformation that occurs inside the material during deformation. Once martensite is formed, it will reversibly grow or contract with changes in temperature.

So far, it has been found that there are many types of alloys with shape memory effects. Nitinol was the first to be developed,it is also the most well-studied alloy material,with the best memory performance and the strongest practicality.

In the field of clinical medicine, for example, nitinol is currently the only memory alloy used as a biomedical material. It plays a role in artificial bones, bone fixation, dental orthodontics, various intraluminal stents and surgical sutures. Irreplaceable role.
In daily life, nitinol alloy is also used to make anti-scalding valves, mobile phone antennas and fire detection valves, and even”memory tableware”and”memory bra”, which brings great convenience to our lives.