The application of nitinol medical devices in medicine

Is Nitinol a biomaterial?

what is Characteristics of Nitinol Shape Memory Alloy？ 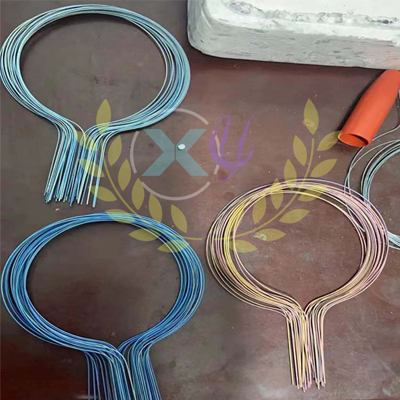 As a biomedical material, nitinol shape memory alloy has incomparable advantages over other memory materials.

Nitinol shape memory alloy has no stimulation to human tissues and organs, and will not produce adverse reactions such as coagulation and hemolysis when in contact with human blood;

Nitinol shape memory alloy can produce up to 8% strain under external force, and the strain can recover automatically when unloading. In addition, it also has excellent mechanical properties, fatigue resistance and hot working properties.

The following are the types of nitinol medical devices:

Nitinol biliary tract stent has been used as a new method for the treatment of malignant biliary tract obstruction. Has a good therapeutic effect. Nitinol alloy scaffold has good compatibility and little irritation to the surrounding tissue. Mesh braided stent structure can prevent tumor growth into the cavity and avoid the formation of bile mud. For patients with residual cancer in the hepatobiliary tract tangent cutting blade or surgical treatment, alloy stent stent can obtain a longer smooth time,the maintenance time of the smooth biliary tract is significantly longer than other biliary tract stents, can extend the survival of patients. Nitinol biliary tract stent has softness and memory plasticity,and the stent placement is very simple. Alloy stent can effectively improve local biliary tract carcinogenic stenosis,but it is not appropriate to place a fully covered stent in the hepatobiliary duct. It is more appropriate to choose a semi-covered bracket. The closure of the stent mesh structure will affect the smoothness of the grade II and III hepatobiliary ducts. It is an effective and feasible method to place a fully covered bile duct stent in the middle bile duct cancer to restore normal physiological channels. At both ends of the bile duct after implantation of the alloy stent, bile leakage is often difficult to avoid. When placed, the abdominal drainage tube should be placed locally.

Nitinol hugging device is used for long tubular fractures in various parts of the body. It’s important to surround the device There are two types:cylindrical type and conical type. The cylindrical type is used to fix fractures in the middle of the long tubular bone, while the conical type is used to fix fractures at the distal or proximal end of the long tubular bone. There are serrations on the arm of the circulator. The body and arms of the circulator form a circle. When using, place the circulator in ice water below 4℃and pull each pair of arms outward. As for the reduced fracture,it is heated to about 37℃, and the shape of the arm is automatically restored and tightly hugged the distal and proximal sections of the fracture, so as to fix it. The surrounding device has less damage to bone blood supply and better torsion resistance than intramedullary nails. When it provides almost the same bending and torsional strength as the stainless steel plate, it has much less stress shielding effect than the stainless steel plate. These characteristics make nitinol shape memory alloy hugging device can better promote fracture healing and reduce osteoporosis after fracture healing.

Nitinol nail plate system is used for osteoporotic inter-joint fractures. It consists of a motherboard with a femoral hugging device, a femoral head bifurcation nail, a clover bifurcation nail, a nail tail compression cap and a spare cortical bone screw. Using a hugging device on the main board of nitinol shape memory alloy nail plate, it is used to fix the proximal femoral shaft without additional screws, which will not cause stress concentration and excessive destruction of the bone; the elastic retraction of clover bifurcated nails and the special design of the nail head contribute to the continuous compression of the fracture segment and the prevention and control of the rotation of the femoral head. At the same time, the nitinol nail plate has a better elastic fixation effect, which can reduce the fatigue fracture and internal fixation failure of the femoral head and neck armor piercing.

Nitinol shape memory alloy expander relies on the resilience of the memory alloy to make the bone graft in close contact with the upper and lower vertebrae to achieve solid fusion. The expander consists of two inclined arms and a horizontal arm. At room temperature, the two inclined arms are opened;placed in an ice-water mixture to soften and close it for easy implantation;the graft automatically returns to the open state at 37℃, and the graft is fixed using a responsive force. A cylindrical bone graft with the highest displacement rate is selected and the bone graft is implanted in the expander. After surgery, the graft can obtain stable pressure,which not only avoids complications in the donor area, but also increases the stability of the fusion section. Effectively prevent graft detachment and improve fusion rate.

Nitinol shape memory alloy segmental fixator is used to treat lumbar spondylolisthesis. The internal retainer of the segment is arched,and the two ends are hooked back to form an upper and lower hook. The lower hook is fixed to the lower edge of the lamina, and the upper hook is fixed to the root of the upper edge of the cross section. Nitinol shape memory alloy holder is an elastic holder,which can continuously and stably pressurize the isthmus, and increase the force with the increase of the amount of activity.

Nitinol shape memory alloy intervertebral fusion device overcomes the defects of the old fusion technology with autologous trihedral cortical bone blocks as the fusion medium, increases the fusion rate, and is a new interfacial fixation technology. The appearance of the inter-body fusion cage is a hollow cuboid. Some important parts of the main body are two circular frames with different diameters and two support links to form a closed frame structure. The support connecting rod is in contact with the vertebral body up and down. There are 5 pairs of horizontal wings on both sides. The tail end of the wing plate is in an inverted toothed structure. When the wing plate returns to the horizontal state, a strong response force is generated on the sagittal surface,the coronal surface is bent,and a certain elasticity is generated on the vertebral body end plate, which plays a role in continuous expansion. Then the stress at the tail of the wing plate is relatively concentrated, and the fusion cage between the nitinol shape memory alloy body has three-dimensional stability, which can provide sufficient front column support and reduce unstable segmental activity.