Why is Nitinol used for braces?

Why does nitinol have shape memory? 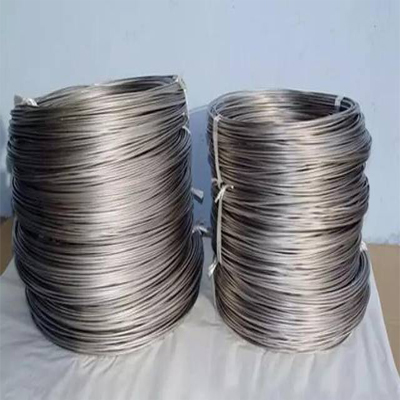 Nitinol shape memory alloy has a special chemical composition, that is, it is an atomic alloy such as nitinol, which contains about 50% nickel, and it is only known that nickel has carcinogenic and carcinogenic effects. Under normal circumstances, the oxidation of titanium on the surface layer acts as a barrier, making Ni-Ti alloys biocompatible. TIXOY and TIXNIOY in the surface layer can inhibit the release of Ni.

The so-called superelasticity refers to the sample under the external force of the strain is much greater than the elastic limit strain, the phenomenon of automatic recovery of the strain when unloaded.

That is, in the state of the parent phase, due to the effect of the applied stress, stress-induced martensitic transition occurs, so that the alloy exhibits mechanical behavior different from ordinary materials. Its elastic limit is much larger than ordinary materials and no longer obeys Tiger K’s law.

Compared to shape memory performance, superelasticity has no thermal involvement. In short, superelasticity refers to the stress in a certain deformation range does not increase with the increase of strain. Clinically, the orthodontic force generated by the arch wire in the deformation process remains constant and no longer changes gradually with the movement of the teeth in the orthodontic direction.

The effect of high temperature on nitinol