What is the Medical Uses of Nitinol?

How to process nitinol tubes? 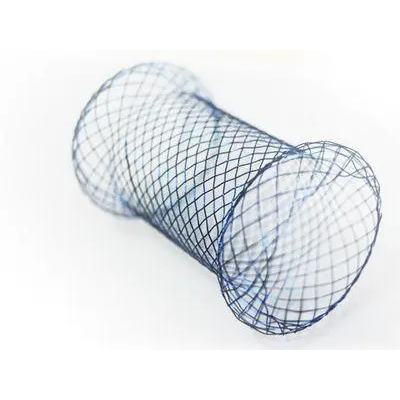 The use of nitinol shape memory alloy as the driving force of the tubular mirror can be achieved by remote control of various complex movements of the tubes of the human body ,with this tubular mirror, surgeons can perform microsurgical operations on blood vessels and so on.

2. Device for releasing the drug of nitinol

Researchers have invented a drug-releasing device that can be placed in the human body to eliminate pain and problems caused by prolonged injection.A miniature valve on the device for the release of drugs is activated by elements made of an alloy with a memory of the shape of nitinol.The opening and closing of the miniature valve is controlled by heating or cooling the nitinol memory alloy element.

Tactile gloves made of nitinol shape memory alloy, developed by American scientists, can reflect the magnitude of the force of touch and contact ,avoiding the phenomenon when doctors often make mistakes when performing microsurgical operations using micromachines or robots, because they do not feel a little on their hands during the control process.
Its main principle is:the output signal of the sensor is converted into a certain size of the heating current, so that the temperature of the nitinol shape memory alloy element regulates the amount of force acting on the doctor’s hand.

Miniature surgical forceps made of nitinol shape memory alloy were invented by American researchers for the surgical treatment of brain tumors in the event of a stroke.

7. Micro-pump for artificial organs of nitinol

The need for continuous administration of anticoagulants, neutralizers and other portable artificial kidney systems for medicines requires that the flow rate of the drug injection pump is extremely small and reliable, made of a NiTi shape memory alloy.This pump is not only simple and compact, easy to operate, but also very reliable.

The main areas of application of nitinol in dentistry are orthodontic wire, dental implants and locking rings.For example, the study of nail suturing for the treatment of cracks on teeth.

Currently, the use of the SMA mesh structure to support the biliary tract with a large spiral angle can provide unhindered access to the biliary tract in the treatment of biliary stenosis or surgical resection of obstruction, prolong the survival time of patients and improve the quality of life.

Therefore, intravascular SMA stents made of nitinol shape memory alloys can be used instead of hemangiomas with aneurysm parts.

Shape memory alloys are mainly used in orthopedics for the manufacture of orthopedic rods for the spine,curium nail concentrators, internal fixators and artificial joints.

The use of SMA at low temperatures with a small modulus of elasticity, good plasticity and other characteristics of the SMA stent in the treatment of various esophageal and tracheal stenoses in the process, is easy to install, reliable, and in case of surgical failure is also very easy to remove.Using the SMA shape restoration force at high temperatures, which can also be used as an artificial heart power source, the principle is simple, the memory of the reduction of the SMA wire attached to the outer wall of the artificial ventricle, the SMA wire that is energized after heating, it will lead to a contraction of the ventricle and produce a pumping effect.

The SMA stent is a kind of medical instrument used to treat urethral obstruction caused by prostatic hyperplasia, which easily damages other tissues and is incomparable with other materials.