What are the electrochemical polishing methods for Nitinol stents? 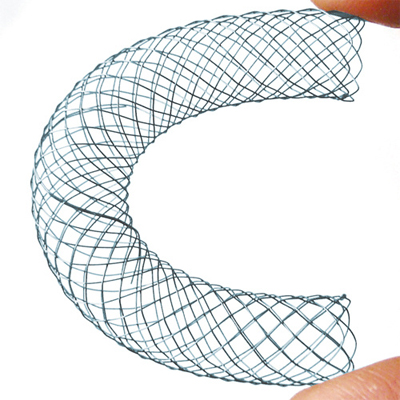 At present, the incidence of vascular diseases has been high and showing a rapid upward trend, ranking in the top three in disease mortality. Vascular stent interventional surgery is the main method of treatment, so the demand for vascular stents is increasing. The materials of vascular stents are mainly medical metals, including 316L stainless steel, nitinol superelastic alloys, cobalt-based alloys, and magnesium-based alloys. Because of its unique shape memory effect and superelasticity, as well as excellent biocompatibility, medical nitinol alloys are often used in the production of endodontic needles, orthopedic implants, and various blood vessels and catheter stents. The surface modification methods of nitinol alloys include mechanical grinding, laser cladding, vapor deposition, surface oxidation, and electrochemical polishing. Vascular stents are generally obtained by laser cutting. During laser processing, the matrix material needs to be melted first, so there is a gradient heat-affected zone, and after the material is removed, the outermost layer of the matrix will be re-cooled and cured to form a recast layer [9]. Electrochemical polishing can not only modify the surface of nitinol alloys, but also remove defects such as heat-affected zones and recast layers formed by laser processing.

The structure of the vascular stent is more complex and the volume is small. The polishing work cannot be completed by traditional electrochemical polishing devices, so a special device needs to be designed. Few electrochemical polishing devices for vascular stents are mentioned in the literature that has been reported so far, and most of them use planar specimens for research. Even if there is an introduction, there are shortcomings such as difficult production, inconvenient clamping, and poor practicality.

A nitinol tube with an outer diameter of 2.6 mm and a wall thickness of 0.2 mm is laser cut into a vascular stent with a length of 13 mm, a porosity of 24%, and a rib width of 0.52 mm. Because laser processing is thermal processing, it will cause thermal damage to the surface of the stent and form a small amount of slag and oxide film (see Figure 1a). The average thickness of the heat-affected zone and the recast layer is about 8 µm (see Figure 1b), so the vascular stent needs to be pretreated.

First use a mixture of hydrofluoric acid, hydrochloric acid, nitric acid and water with a volume ratio of 5:10:35:10 for ultrasonic cleaning for 30 s, then use deionized water and acetone to clean for 2 min, and set aside after drying. After the above treatment, the surface roughness Ra of the vascular stent is about 1.3 µm. The electrochemically polished cathode is made of 304 stainless steel tube with an inner diameter of 32.6 mm, a wall thickness of 1 mm and a length of 16 mm.

The self-designed polishing device mainly includes a DC regulated power supply, a polishing tank, an electrolyte circulation system and an electrochemical polishing clamping system. The clamping system is shown in Figure 2. It is made of polytetrafluoroethylene material to avoid corrosion of the polishing fluid and thereby improve the service life of the device.

The vascular stent clamp (3) adopts a three-jaw chuck structure, which uses the clamping force of bolts to fix the stent. The upper part of the support shaft (4) is connected to the motor (6), which can drive the vascular stent (7) to rotate, and the electrolyte circulates through the hole on the sleeve (5). The lower part of the vascular stent (7) is supported by a top tip (8) with a spring (1) at the bottom, and the cathode is fixed in a coaxial ring groove (2) on the base (9). The device has a simple structure and easy operation; it can not only ensure the accuracy of the relative position between the anode and cathode during the polishing process, but also ensure that the electrolyte is fully circulated and the polishing accuracy is improved.

1.3 The composition and process parameters of electrochemical polishing fluid